The Owner of the Red Wheelbarrow

07 Jul The Owner of the Red Wheelbarrow

Being a William Carlos Williams fan, this story was a natural for me. A scholar by the name of William Logan, a professor at the University of Florida, (with help from a local historian) did the research to find the identity of the man who owned the red wheelbarrow in WCW’s often-anthologized (and brilliantly parodied by Kenneth Koch) poem:

so much depends
upon

beside the white
chickens.

The story was in the New York Times and I posted the link on my Facebook wall. An excerpt:

In a note quoted in a 1933 anthology, Williams said he had seen the wheelbarrow “outside the window of an old negro’s house on a backstreet” in Rutherford, where Williams also lived and regularly paid house calls to patients in the African-American neighborhood. 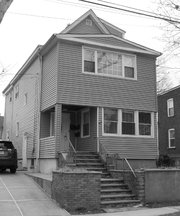 “The sight impressed me somehow as about the most important, the most integral that it had ever been my pleasure to gaze upon,” he said.

In an essay in Holiday magazine in 1954, Williams (who died in 1963) gave the man’s last name as Marshall, noting that he had once made a living fishing for porgies off Gloucester, Mass.“I liked that man, and his son Milton almost as much,” he wrote. “I suppose my affection for the old man somehow got into the writing.”

One crank on Facebook commented that he was sick of the poem. Could be another case of commenting on a headline and not actually reading the story, but I thought of it again while in the p-patch. Part of the deal of having a plot in the community garden is that you agree to do eight hours of community service each year so that the garden’s maintenance can be spread out evenly. Usually you can attend a meeting or two and have some of that time knocked off easily, but I’ve been away a lot, mostly with Cascadia efforts since late April and I am at zero community service hours. 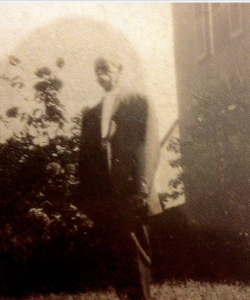 My last post was about the Joy of Postcards and I thought tonight as I left the garden after watering my plot that the community service of being in the neighborhood, being a good neighbor, a witness of history and, in the words of Allen Ginsberg “noticing what you notice” is quite a service as well, at least when practiced by poets like Williams. This is evidenced by another paragraph in the Times story referencing the owner of said wheelbarrow:

On July 18, in a moment of belated poetic justice, a stone will be laid on the otherwise unmarked grave of Thaddeus Marshall, an African-American street vendor from Rutherford, N.J., noting his unsung contribution to American literature.

He was not a pro athlete, nor a famous businessman or activist, as far as we know. By the article’s account, Mr. Marshall lived a humble life, but had a dignity which impressed the wily doctor and scholars who, 90 years later,  helped create the effort to give Mr. Marshall a proper remembrance. How often does something like this happen? So much depends on respect in the moment (for the moment) and trusting one’s impulses, or the gut feeling that may not be guts at all?