The fourth poem from the 2014 August Poetry Postcard Fest, this one continues in the theme of the notion of The Practice of Outside. That an ancestor of Levertov was said to be able to understand the language of birds would make her more likely to understand the concept Robin Blaser would refer to when addressing the poetics of his friend Jack Spicer; poet as radio tuning into a signal from Mars. In this poem the unwanted fruit and its historical uses show up as forces from outside the poet whose resonances find their way into the poem. 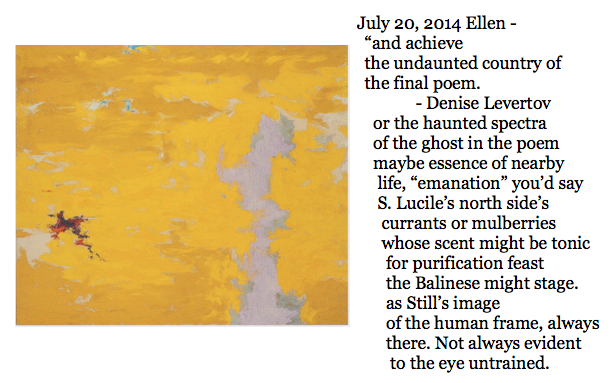