Here is the 3rd postcard poem from this year’s fest and my 473rd overall since the postcard fest started in 2007. I love the Levertov quote to begin this poem. How many times do we hear poems that long for something? Put down the pen and DO IT you want to scream at the poet who longs out loud (or on paper) for something, but they’re not going to understand. It’s a matter of consciousness. We’re put at least two times away from the source of energy with poems composed like this. I prefer Levertov’s method, especially in the period from which this quote was taken, 1946. Even before she wrote essays about the organic method, she intuited the power of composing that way. With the organic, the poem does not describe as much as enact. It is an event, not the record of an event. It engages the self on the deepest level, that which engages the human’s proprioceptive capacities. Video below. 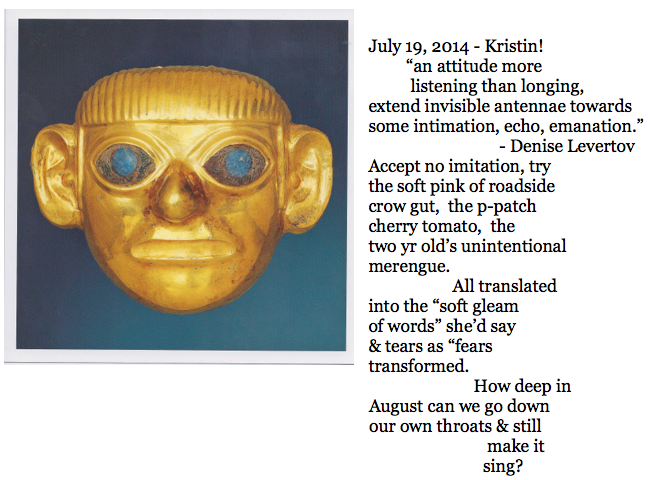